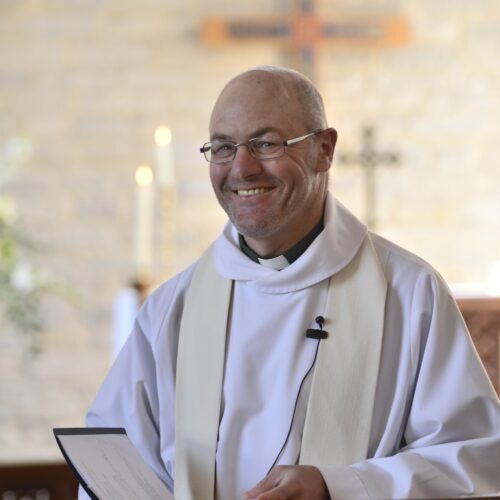 Rev. Michael MacCormack, aka Mac
Associate Priest (Day off Friday).   Mac is not our Rector/Vicar, but works part-time to support pastoral needs, worship and life-events.  It is best to contact Mac through the parishoffice@upperstour.co.uk   or for any really urgent pastoral needs he can be reached on 07470 667118.

Mac was born and bred in Salisbury. With an English and American Literature degree, Mac went on to become a teacher, teaching English, and latterly completed a Masters Degree in Educational Psychology. Following Mac’s Teaching career, he started his life in the National Trust in a number of interesting roles, where he has cared for Dunster Castle, Knightshayes, Stourhead and Mompesson House. With this, Mac has a passion for nurturing volunteers, and for encouraging people’s callings.

Since his ordination in 2005, Mac has served the Parish of Martock with Ash, later including Kingsbury Episcopi. Mac has been Associate Priest in Upper Stour since 2021 and we are very luck to have him!

Alongside his ministry, Mac is a season-ticket holder at Yeovil Town F.C., a member of K.S.C.C, our local cricket club, and is a keen runner.  Mac has four grown-up children, one granddaughter and is married to Emily.

Caroline was a churchgoer from a young age in Coventry and moved to London to be train as a Nurse, becoming a Christian aged 20. Living in London opened her eyes to various styles of worship. Caroline and her husband have been involved in the Parish of Upper Stour since their arrival in Bourton in 1984. In the past they jointly led Youth Groups and Caroline has been involved in Sunday School and many forms of All Age Worship. Currently Caroline runs the Toddler Group in Bourton, and we very much hope that Caroline will continue to develop Toddler and family focussed Worship in the Parish. Caroline is a trained Lay Pastoral Assistant and Lay Worship Leader with a particular focus on Children and Young families in our Villages. For many years Caroline led a Bible Study Group until work commitments meant that she took more of a back seat, however Caroline has been involved in both of our current study groups. Caroline has also been involved in a team when the parish delivered an Alpha Course (A course for those enquiring about faith). Caroline has also been involved in courses designed for those who wish to be married in our Churches. For many years Caroline was a counsellor for the Bereavement Support organisation known as CRUSE having experienced her own loss when her Father died when she was 11 years old. Four years ago Caroline’s Husband was sadly killed on the side of A303 which has also given her a different perspective on loss. Caroline’s gospel is rooted in a belief of reaching out and trying to meet the needs of others. 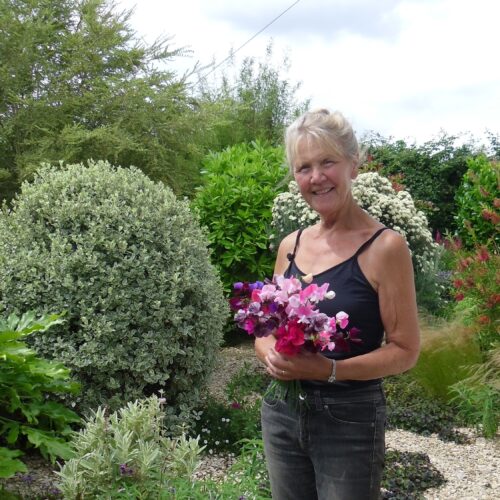 I am literally a child of the moor being born about a thousand feet above sea level on the Staffordshire/Derbyshire border. I always wanted to be a nurse to work with children: but  I ended up with a range of different jobs including being a Civil Servant. My office overlooked a Primary School and before I knew it I found myself at Teacher Training College! This was a perfect choice for me, I taught all ages from 5-11 and I loved my job.

In my spare time I ‘trod the boards’ playing some very interesting roles for local Operatic Societies with gigs thrown in for good measure as the lead singer of a folk group.

So where is church in all this? I was now married to Anthony and we had a new born son who had to be christened……..and it was that which got me back to church. Some 10 years later, (and by this time I had a daughter as well as a son), I was faced with a crossroads in my life for I had been offered an opportunity to work with a theatre group for children and young adults, while at the same time I felt called to share my faith…………God won….(At least I hope so)…..and three years later I became a Lay Reader who was to work in 5 different diocese where I became involved in the healing ministry of the church.

The second great spiritual  milestone for me was when I became a novice in the Third Order of Saint Francis some thirty years ago. When life took me to live in Australia, it gave me a recognised introduction to The Little Followers of Saint Francis a new ecumenical order there under the guardianship of the Roman Catholic Archbishop of Canberra, Francis Carrol and his Anglican counterpart Bishop George Browning: they welcomed me and accepted my novitiate. My vows of obedience to God, simplicity of lifestyle and chastity in marital faithfulness were made in a special ceremony involving the Koori people, complete with didgeridoos, much splashing of water from the river and walking through the smoke of a cleansing fire. Amazing!

As the years have passed, I have written a number of books which examine God’s desire to bring healing to our lives (2 of which are in print!) and hundreds of hymns and poems. They are all recorded in notes from my prayer times which have deepened and become more contemplative in the process…..though this certainly does not stop me from dancing and singing to praise our God!

‘Just as I Am’ is the first line of Charlotte Elliot’s lovely hymn: and the photo I have chosen to send is me in my gardening clothes, posing with a big bunch of sweet peas I have just received from Anthony…… And the special significance?    It’s our wedding anniversary and I carried a basket of these lovely fragrant flowers picked from my Gran’s garden on the day we were married.